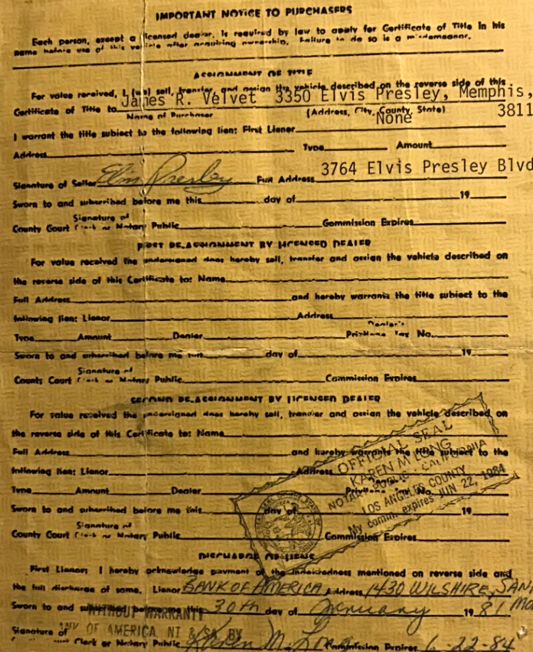 Elvis' signed title to one of musics most iconic cars, Elvis'  six door, 1969 Mercades Limo. Elvis gave this car to my good friend Jimmy Velvet after it wouldn't start at Graceland.  This car in my opinion started the collection of Elvis artifact. It indeed was the first item in the " Elvis Presley Museum." Price $15,000. 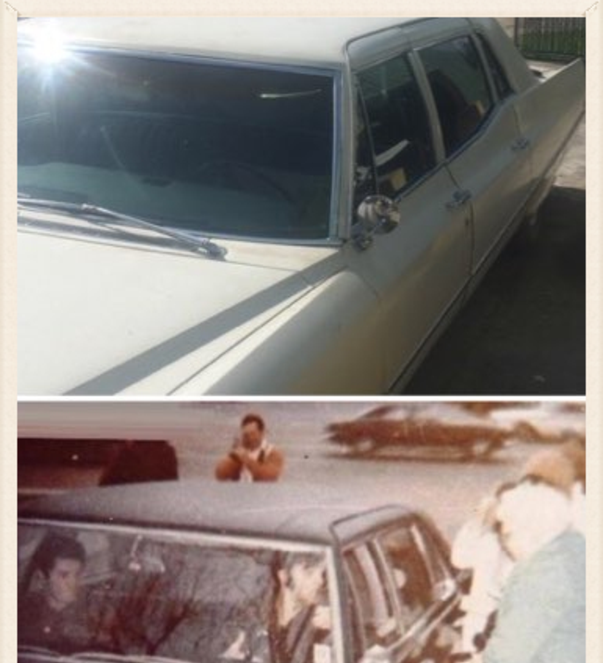 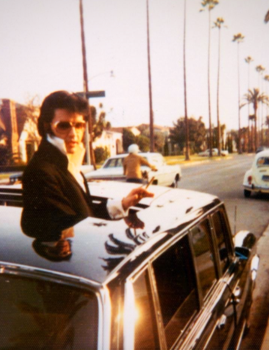 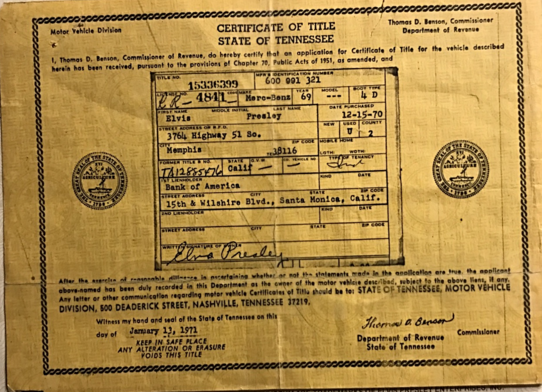 Iconic Cadillac Limo that has been the face of the Elvis museum for the past 35 years.​ 1967 Cadillac Limo was owned by a limo service for the motion picture studios to be used as the personal transportation for Elvis Presley. Elvis used the limo to travel from the MGM studio to his personal residence while filming in Hollywood. This historic car was displayed  at the Guinness Museum in Osage Beach, Missouri in the early 80’s and later for several years in the Elvis Museum in Gatlinburg, Tennessee. This limo was also displayed for several years in the courtyard of the Elvis Museum in Pigeon Forge, Tennessee. The original color was black until J.D. Sumner encouraged the owner of the Elvis Museum "Mike Moon" to paint it white.  J. D. Summer informed Mr. Moon  all the limos were white in Elvis’ funeral procession.Vin number S7131240.  Firewall plate is in place with the numbers ST 67-69733DC and TR 726M 10 4EJ. Mr. Moon declared, the 1967 Cadillac Limo has been in my possession since the early 1980’s and has been photographed by thousands of Elvis fans from all over the world. Comes with a letter of authenticity from the legendary Elvis Presley Museum owner "Mike Moon.